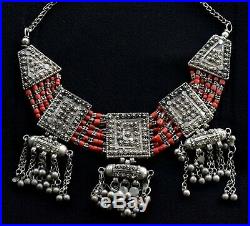 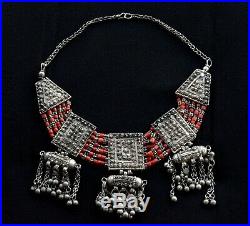 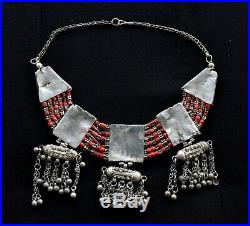 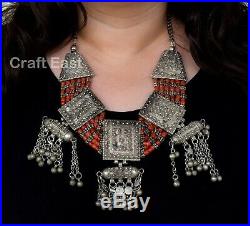 Yemenite silversmithing refers to the work of Jewish silversmiths from Yemen. They were highly acclaimed craftsmen who dominated craft production in precious metals in the southern Arabian peninsula from the 18th through the mid-20th century, a period and region during which Muslims did not engage in this work. These Yemenite silversmiths were noted for their use of fine granulation and filigree, producing such ornaments as women's bracelets, necklaces, finials, etc. Between June 1949 and September 1950, almost the entire Jewish community in Yemen, including nearly every silversmith in the country, immigrated to Israel in an airborne mass migration known as Operation Magic Carpet. Muslims appear to have entered silversmithing in the Yemen in the mid-1900s as the Jews departed for Israel. Yemeni silver jewelry was traditionally given to a newly wed bride as an. But when the value of the silver declined in med to late 1900s, Yemeni diverted more toward gold jewelry than the traditional Yemenite jewelry, which brought the declined of the craftsman of this kind of jewelry.

Because 925 silver was too soft for the Yemeni craftsman to work with, they only used coin silver to make their jewelry, which as a name suggests, is made by melting old silver coins. Coral used on this necklace is natural and not dyed. The 3 hanging pendants are called. Talismans or kutub, which are amulet prayer box hollow pendants.

This necklace has came directly from Sanaa, Yemen, sent to me by a Yemeni friend, which authenticates it's genuineness and originality. The photos are of the actual necklace.

Weight: 9.3 Oz (263g). We happily accept return if the received item is not as displayed or described. Please note that if the item(s) has reached the destination with defects caused during transit then kindly send us at least 3 photos of the damaged area from different angles.

The photos must be sent within 3 days after receiving the package. We treat our rings and cuff bracelets with a protective coating to prevent metal allergies. For Earrings, we either use hypoallergenic ear wire or otherwise treat the ear wire with the allergy prevention coating. Although our treatment works for most of our customers, we do not guarantee complete allergy prevention. The item "Old Vintage Yemenite Bedouin Necklace Antique Amulet Yemen Silver Yemeni Jewelry" is in sale since Tuesday, September 17, 2019. This item is in the category "Jewelry & Watches\Vintage & Antique Jewelry\Vintage Ethnic/Regional/Tribal\Middle Eastern". The seller is "crafteast" and is located in Middletown, New Jersey.